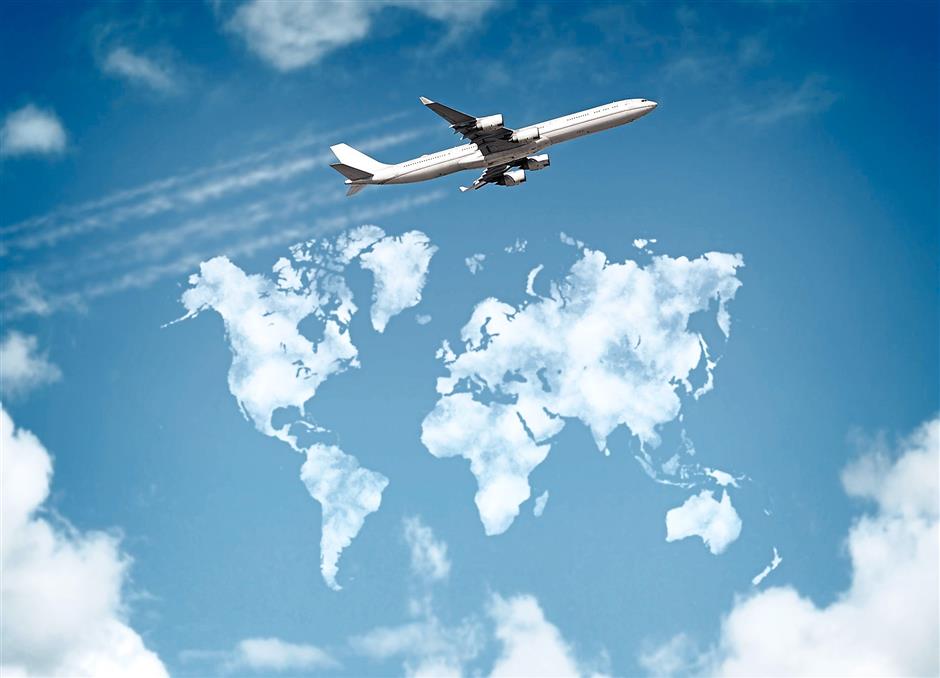 It is a paradox: Travel is getting easier, but also more complicated, to plan.

In the distant past, people would go through travel agents to book their holidays but as technology became available and grew more sophisticated, people searched for travel information and booked their vacations on websites.

To take it a step further, travellers today are increasingly moving from desktop to mobile apps for their travel needs.

The Asia-Pacific region is vibrant as the travel sector is on an upward trend; online travel is expected to make up over one-third of the region’s travel spend.

This boom in online travel also means that travellers are faced with information overload and overwhelming choices when they carry out searches and book holidays on websites. It is not surprising that, in the process, many people abandon their online travel bookings halfway, usually due to a long booking process or a complicated checkout.

With a portfolio of brands comprising over 200 travel booking sites (such as trivago, Hotels.com, HomeAway and Egencia) – which generate some 600 million site visits per month – online travel company Expedia understands travellers’ frustrations, and aims to make website searches as smooth and satisfying for their users as possible. The lines at the bottom of the screen show the delight or frustration experienced by the test subject while navigating Expedia’s travel website. Photo: The Star/Evelyn Len

There are 10 billion ways to get from one end of the world to another, considering the myriad modes of transportation and numerous routes, and the possible combinations. Of course, not all the routes are viable or on sale. What Expedia is aiming for is to narrow the 10 billion ways to the top three, said Expedia Group’s senior vice president of Product and Design, Arthur Chapin, at the April 6 launch of their Innovation Lab at their regional headquarters in Singapore.

This is the third such Lab but their first one in Asia that was set up in order to understand Expedia website and mobile app users in this part of the world. (The other two labs are in Seattle, the United States, and in London.)

At the Innovation (or Usability) Lab, the test subjects are traveller-participants who are planning a trip. The Lab looks like a living room, and utilises two main technical capabilities: electromyography (EMG) and eye-tracking technology. The Innovation Lab in Singapore resembles a living room.

EMG was added to the usability lab just about three to four years ago, an idea sparked by the immensely popular mobile game Candy Crush, which gives players a lot of delight.

At the launch, media members met a traveller-participant named Jason, who was planning to travel to Okinawa, Japan.

To get started, senior researcher Eric Nouri placed five sensors on Jason’s face. Jason also wore a wireless transmitter. Then he went to the travel website to search for Okinawa hotels.

The sensors picked up the tiniest changes in his facial muscles and could tell if he was feeling delighted or frustrated with his search. Five sensors have been placed on the website users face, to track tiny changes in facial muscles. When paired with the eye trackers in the lab, this enables Expedia’s researchers to get a precise read on exactly where the user was looking and what actions they took as a result.

An eye-tracker – which tracks the micro-movements of the eyes and sends infrared signals – showed precisely which points on the website Jason was looking at. (For mobile app tests, users wear special glasses that track eye movements.)

Combined with real-time questioning by Nouri – “What are you thinking?” or “How do you feel?” – the EMG readings revealed how Jason felt as he navigated the website. The resulting actions that he took could also be tracked.

Nouri was on the lookout for patterns, to see which images Jason found delightful – or annoying. Based on his findings, tweaks would be made to the website’s layout at a later time.

Jason was one of thousands of participants who have come through the Innovation Lab.

While each person has a unique experience when booking a trip, collectively the data gives tremendous insight into travellers’ behaviours and reveals travel trends.

The test results were used for profile development and to improve online travel shopping experiences, said Nouri. For example, Japanese users like to know how close a hotel is to a train station.

“We put people at the centre of our research efforts. Each piece of data we capture is actually a person making a decision about travel. The Lab brings us the ability to better understand why people make those decisions,” said Chapin.

In an interview at their Singapore office, Expedia Asia CEO Jonty Neal said that Expedia, which has been in Asia for over 10 years now, is seeing a great amount of growth in the Asia travel marketplace.

“Asia is the fastest-growing market, growing at four times the rate of North America and two to two-and-a-half times the rate of Europe,” he said, comparing the markets. “And existing customers are moving offline to online space.”

Expedia is totally committed to solving challenges in the booking process – to the tune of US$1.2bil (RM5.29bil) spent on technology, last year alone. In their Labs, they gather a huge amount of data, from which they glean insights that enable them to continuously improve their website and mobile app. Expedia researcher reviewing the live data collected from the Lab.

Engineers and researchers make up a big section of Expedia’s 20,000-strong workforce, worldwide. They make observations in the user labs, come up with hypotheses, carry out tests, and continuously learn. In their test-and-learn culture, failure is deemed a positive thing as one learns from it.

They then translate newfound data into website tweaks as quickly as possible, said Neal.

He added that they aim to go from being a search-and-book site to being a travel companion where a traveller can find information on such things as flight delays, boarding gates, local tours at destinations, and more. ‘We introduce one to two changes to our site every day,’ says the president and CEO of Expedia, Inc, Khosrowshahi.

“We introduce one to two changes to our site every day,” said Expedia, Inc president and CEO Dara Khosrowshahi. “We want to be there for our consumers.

“We see them wanting stuff less and less, and experiences more and more. They are looking for terrific experiences.”

“People are getting more adventurous. The younger – millennial – customers are influenced by social media. Now they want to go where their friends have gone,” said Neal.

On the home front, Malaysians are mostly travelling domestically, due to the currency exchange, as well as to regional destinations such as Bali, Singapore and Japan.

There is a flow of tourists exploring South Korea and Taiwan, but travel to Europe and the United States is relatively low, according to Neal. And core cities like Tokyo, Bangkok and Taipei remain popular.