How to Avoid Scams In Europe and Tourist Safety Advice – BoredTravel.com
Skip to content 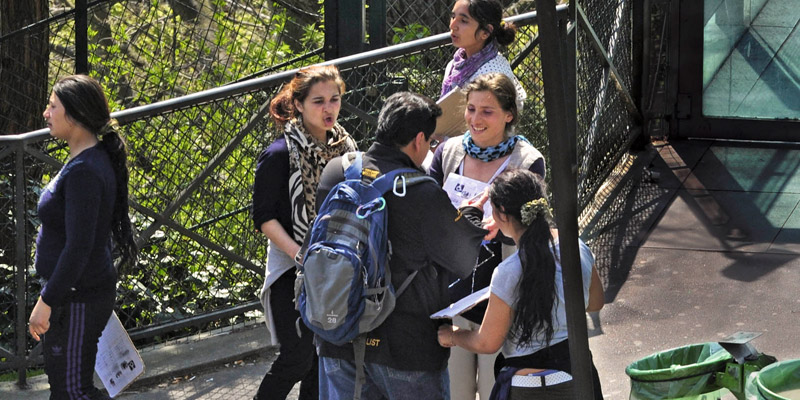 Europe is normally safe and there isn’t a ton of violent crime. We would argue that large European cities are much safer than most large American cities. Unfortunately, there are plenty of people that want to separate you from your money. This guide will explain how to avoid scams in Europe and the most common traps tourists fall victim to so you won’t do the same.

Pickpockets and Theft In Europe

Europe is known for its pickpockets so you should be careful. That’s because travelers tend to carry around a lot of expensive (and easy to steal) electronics, so you’re a prime target. It is easy to get your money/camera/passport/iPod stolen in an instant, so you need to be vigilant.

Here are some tips on how to avoid becoming another pickpocketing victim:

High-tech theft is on the rise in Europe and it is really hard to do much about it.

The dreaded taxi. It feels like even the honest ones are trying to rip you off. Unfortunately, there are plenty drivers who set out to scam unsuspecting tourists — especially in Eastern Europe. You want to really be aware of common scams when taking taxis.

A super common scam involves a pretty girl (or two) and alcohol. They’ll randomly flirt with you and will eventually ask you to go to a bar/club/restaurant that they know. At the bar they’ll ask that you buy them a drink. What you don’t know is that the girls and the bar are scamming you. Each drink cost $500+ (they don’t tell you this) and at the end of the night, you’re stuck with a $1000+ bill.

Magically the girls are nowhere to be found, but they’re replaced by a few scary dudes who want your their money. They’ll happily escort you to the nearest ATM while you withdraw your cash. This scam is very widespread in Eastern Europe, but it happens everywhere. Many times the police won’t do anything about it, so you’re out of luck.

So if you want to buy a girl a drink I suggest asking the price upfront and then paying as you go. This way you won’t have a surprise bill at the end of the night. If they refuse to let you pay you should just leave the bar ASAP.

I also suggest carrying only enough for a few drinks when you go out at night. Leave the cards at home so if you find yourself in this situation you won’t have any money to give them.

I advise against going to strip clubs because tourists are scammed there all the time. Much like the scam above, you’ll be charged exorbitant amounts for drinks/talking to the hostess/whatever else you do at a strip club.

I have a friend who went to a strip club in Paris and they quoted him one price and then they charged him something different. They held him at knife point until he forked over the dough (about $700). This happens multiple times a day and the police aren’t too concerned. It is hard to go a long period of time without using a computer these days. While traveling many people use computers to book future travel plans, check email, and update facebook. Unfortunately, the computers in internet cafes and hostels can be full of really nasty software designed to steal your passport/credit card numbers and other information. I would assume that every computer you use is going to be infected in some shape or form.

These days most people use their phone or laptop/tablet so many of these computer safety tips are a bit outdated… but this information is still good to know.

Violent crime in Europe is generally very minimal, but there are some cases of muggings. Don’t make yourself an easy target and you shouldn’t have any problems.

Just like at home, don’t accept drinks from random people and don’t leave your drink alone.

Friendship Bracelets: People will come up to you and tie a piece of string around your wrist and then demand payment for it. This is also used as a distraction for pickpockets.

Helpful Locals at Train Stations: Most people are helpful, but some take advantage of you. I’ve heard of locals helping tourists buy train tickets but instead they buy child tickets and pocket the rest of the money. Be very careful of who you trust.