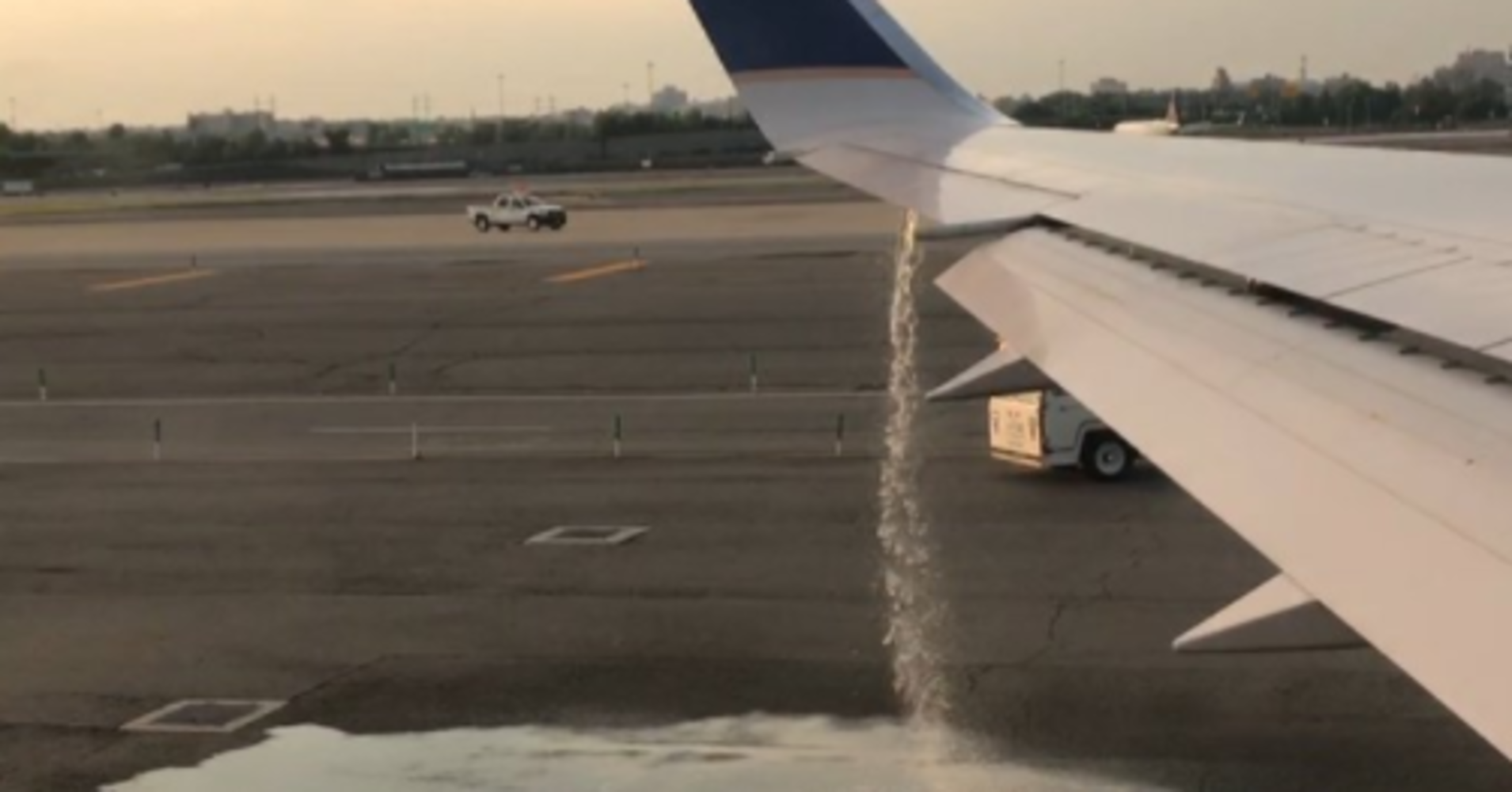 Newlyweds Rachel and Mike Brumfield are being called heroes after the pair spotted fuel gushing out of the wing of their United Airlines flight on Tuesday night.

Brumfield said via Twitter that crew members were oblivious to the incident as the plane was about to take off.

“Clearer video of the #united #gasleak. How not one crew member saw this is beyond me,” Brumfield wrote alongside a video of fuel pouring out of the wing. “Thank god we were lookin out the window at take off.”

Clearer video of the #united #gasleak. How not one crew member saw this is beyond me. Thank god we were lookin out the window at take off. pic.twitter.com/3BDZJ3S4xd

According to an interview with the New York Post, Brumfield and her husband Mike were on their way to Venice for their honeymoon. After noticing the fuel, Mike rushed to tell flight attendants about the incident, though he was apparently ignored.

But after finally spotting the fuel, the flight attendants went into emergency mode and alerted the pilot and emergency services. Rachel told the Post that United later gave the couple champagne for their efforts and told them to “go easy” on social media.

Just another day flying @united but hey at least we got a free glass of champagne ???? #unitedairlines #foxnews #cnn #abc #msnbc #nbc pic.twitter.com/DiAy7iFDOG

“I will never fly United again,” Rachel told the outlet, after adding that the airline apparently didn’t give them a place to sleep while they waited for another flight.  “Every person there was awful.”

Jonathan Guerin, spokesman for United Airlines, gave HuffPost a statement about the incident via email:

“While taxiing to the runway on Tuesday evening, United flight 170 traveling from Newark to Venice, Italy returned to the gate due to a fuel leak, and was later cancelled. We apologized to our customers for the inconvenience. Our team worked to provide customers with hotel accommodations for the night and to get them back on their way to Venice the next day.”

Over the past few months, United Airlines has been rocked by controversy. In March, the company stopped three young girls wearing leggings from boarding a flight as they were traveling as guests of an employee. A month later, passenger Dr. David Dao suffered a broken nose and missing teeth after he was violently removed from his flight. In May, the company came under fire after a gay father was accused of molesting his son on a flight and the airline was fined for flying planes that weren’t “airworthy.”