Should Babies Really Be on Your Lap on a Flight? – BoredTravel.com
Skip to content 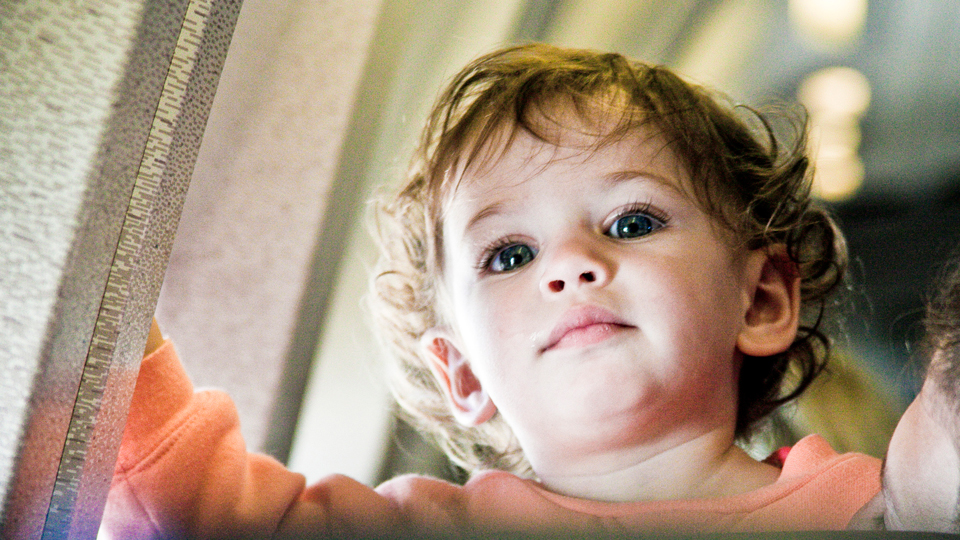 Many airlines allow babies under the age of 2 to travel for free if they sit on a parent’s lap, but that doesn’t mean you should do it. Let’s make it to Grandma’s house, safe and sound.

According to the FAA, parents shouldn’t fly with a baby unsecured in their laps, no matter how tempting the cost savings may be. It is particularly unsafe, especially if the plane hits unexpected turbulence, though many parents believe their arms are strong enough to keep their child secure.

The FAA states this pretty clearly on their website:

Did you know that the safest place for your child on an airplane is in a government-approved child safety restraint system (CRS) or device, not on your lap? Your arms aren’t capable of holding your child securely, especially during unexpected turbulence.

Because even though all the love and care might be good enough to nurture a child, it still doesn’t compare to a physical G-force of 16.

The cost savings of putting the baby on your lap

It’s easy to see why this is a problem. Infant tickets usually don’t have to be purchased ahead of a flight. It is generally easy to add an infant ticket to a parent’s ticket, so much so that it can be done by phone or at the counter prior to going through security. (Infant tickets do not earn travel miles or points.)

Compare that to the cost of buying an extra ticket or seat to guarantee safety, its easy to see why most parents defer to the easier and cheaper option.

Making sure your child is safe

To ensure a child is secure in their seat, the FAA suggests using an child safety restraint system or a child harness device. The former is a hard-backed seat that’s often approved for use in both cars and planes. But when flying, it’s important to make sure it doesn’t get checked as baggage—it should be labeled: “This restraint is certified for use in motor vehicles and aircraft.”

The latter option is called the CARES harness, which works by wrapping around the back of the chair and crossing over the child’s shoulders, keeping them safe in the seat. It attaches at the waist to a normal airplane seatbelt. A child will need to weigh between 22 and 44 pounds for this option to work.

The FAA also recommends placing the child restraint system in a window or middle seat to prevent blocking the rest of the row from getting out in an emergency.

Despite the FAA’s recommendations, parents seem to be hotly contested on the topic on whether a child should really sit on a parent’s lap during a flight.

Most airline officials in the industry tend to favor the FAA’s analysis (Quora user Hildegunn Urdahl goes so to far to state that “an unbelted child is essentially a living projectile”), while some parents simply dismiss it, citing overall safety statistics in the aviation industry as an issue of no concern.

[The] number of auto accidents compared to airline accidents is about 5 million to 20. Basically, the odds of your plane having any issue that could cause injury to an infant in a lap is astronomically low, and a trip to the grocery store, even with the best car seat and safety restraint is comparatively EXTREMELY dangerous to your child… We accept the risk of a fatal car accident pretty much every day, because it’s convenient for us to do so: Then we get over-anxious about things like air travel. Perhaps it’s because air travel doesn’t FEEL safe.

…Babies in laps traveling on planes are far safer than babies in car seats traveling in cars.

But even if that’s how some parents perceive things, ultimately the truth is somewhat more complicated, as most airlines likely realize the need to cater to a particularly important market and could have repercussions on their bottom line.

Brent Finley, a D.C.-based business executive, and who is the father of two girls, nails the issue on Quora when he writes:

Infants under two are allowed to fly on a parent’s lap for very simple reasons: Cost and perception… Fewer families will travel if they have to buy that extra ticket. But even if the airline was able to fill seats without families, I think they would hesitate.

The practice predates the current emphasis on safety that is now part of our lives. I am guessing that an airline would not want to be the first airline to abandon the practice due to the negative publicity for gouging families when they can least afford to pay more.

He does add, though, that they do go the extra mile when traveling with their infant, noting, “My wife and I have flown with our now 15-month old several times across the U.S. and to the Caribbean. We have purchased an extra seat each time.”