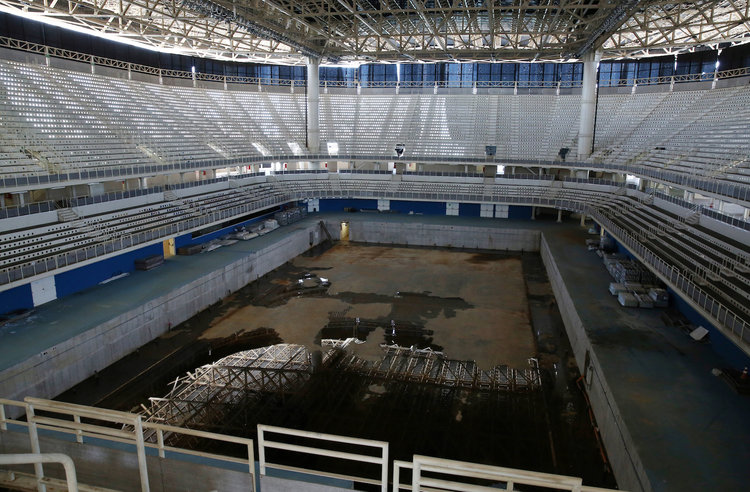 The Olympics are held every 2 years, switching back and fourth between summer and winter games.  It’s an honor to host the Olympic games, and typically provides a large economic boost to the nation that hosts the event.  However, once the games are over, the large buildings and structures that are created for the Olympics are usually never used again and fall into a state of abandonment and disrepair.  These are some eerie examples of abandoned Olympic venues and how they look today.

These venues have been left to “rot” mostly due to the economic crisis Greece has been facing in the recent years.

The Chinese government has failed to maintain these once spectacular venues, which allegedly cost $44 billion to build.

It’s interesting to note that Germany was under the Nazi regime during that year’s Summer Games.

The then Olympic village now serves as an asylum to more than a thousand refugees.

Unfortunately, that year’s Olympics was marred by the infamous “Munich Massacre”. A Group of Palestinian terrorists who called themselves “Black September” held hostage and killed 11 Israeli delegates.

In 1997, only a few months after the Olympic games were held, a part of the infamous Fulton County Stadium was blasted to make way for parking spaces.

Unresolved disputes between stadium operators, cost overruns, unpaid electricity bills, corruption, and a debt amounting to a staggering $35-$40 million were what caused the shut-down of the Olympic venues in Rio de Janeiro, Brazil. Some of these had even been looted by thieves and smashed up by vandals!